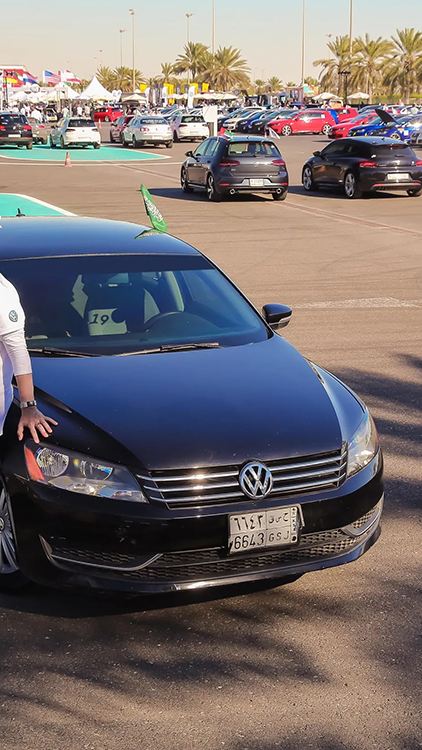 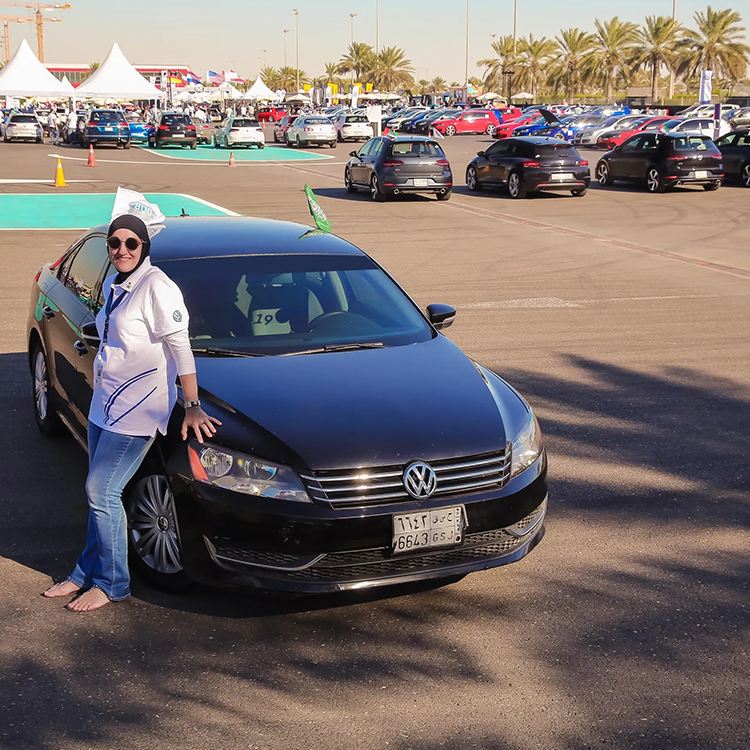 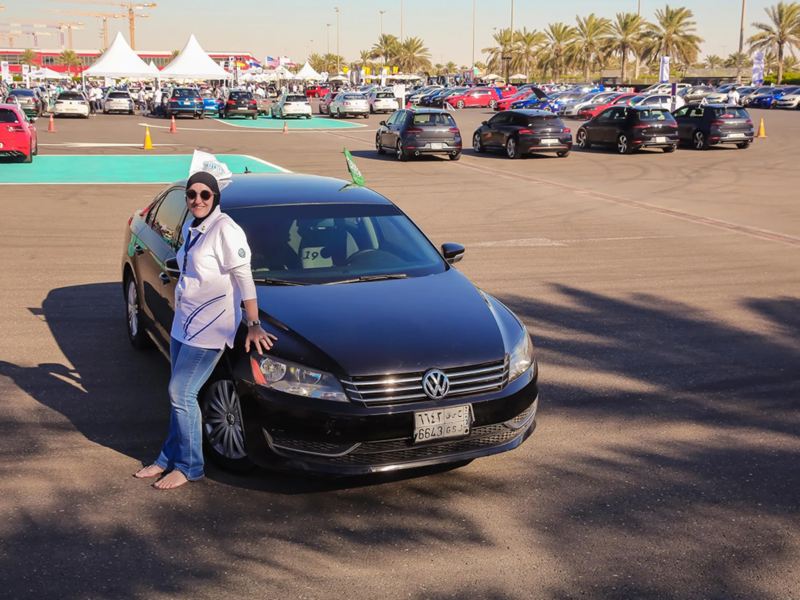 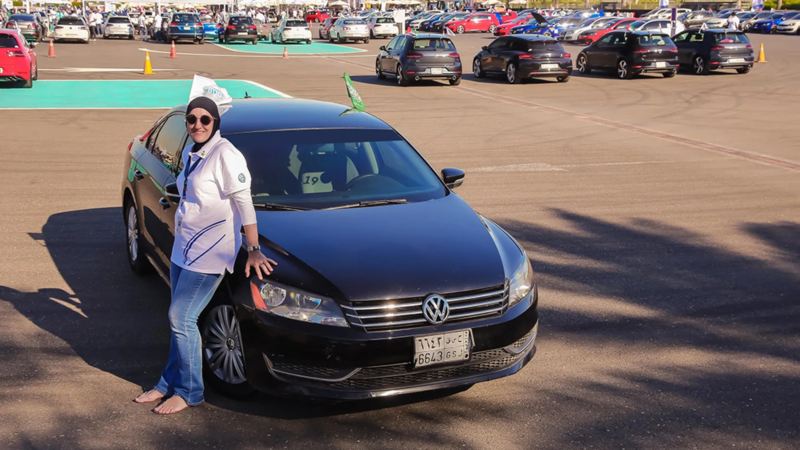 A year on the road: Saudi Women Create First Women’s Car Club in the Kingdom

A year on the road: Saudi Women Create First Women’s Car Club in the Kingdom

The first Women’s Car Club has been created in the Kingdom of Saudi Arabia, celebrating a year on the roads since the driving ban was lifted on 24 June 2018.

The first anniversary is a milestone for women across the country, and with almost 50,000 driver licences issued so far it was only a matter of time before a dedicated car club was formed. Central to the creation of the club has been Volkswagen enthusiast, Ammal Farhat, also known for being one of the first Careem captainahs in Saudi Arabia.

A single mother of two and a business owner who resides in the city of Jeddah, Ammal has always felt passionate about the equality of women and the car club represents exactly that. It aims to build friendships, break boundaries and offer new possibilities by bringing women together.

“We were given the opportunity to drive a year ago and what a difference that year has made for thousands of women across Saudi Arabia. The Volkswagen Women’s Car Club unites us in a way that we never thought possible before. Now that we can get behind the wheel, we feel more empowered and have a greater sense of independence and control over our own lives,” says Ammal.

“Waking up in the morning, getting into the car and being able to go where we need to has been life changing. My son had a bad accident two days before I got my driver’s license and I felt helpless as I couldn’t drive him to the hospital. Now that’s no longer the case and I can’t put into words what a relief it is knowing that if I need to go somewhere or get something done, I can. We aim to continue growing the women’s car club and host events that will bring more of us together to share our unique experiences and to have fun. It’s an exciting time for everyone involved,” she added.

A popular brand in Saudi Arabia, Volkswagen Middle East expects the club to grow from strength to strength. As new women get involved, the club plans to host frequent occasions, bringing families together and engaging with women across the region and even internationally.

Deesch Papke, Managing Director, Audi Volkswagen Middle East said: “Having the opportunity to meet up with likeminded women to talk about their passion for driving, and simply their daily lives has meant that real, genuine friendships have been forged. The Volkswagen brand is all about bringing people together and car clubs like these truly are our heart beat. This particularly special club is yet another milestone in the history of women driving in Saudi Arabia, further cementing their road to empowerment.”